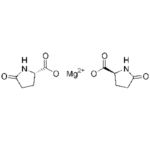 Oxaceprol, also 4-hydroxy-N-acetyl-L-proline, is a medication and nutraceutical. It is derived from (and acts as a prodrug for) 4-hydroxy-L-proline, an amino acid which is ubiquitous to all living organisms. It acts as a well tolerated anti-inflammatory drug, which has similar efficacy to other NSAIDs (such as acetaminophen, naproxen and ibuprofen) but with significantly reduced immunosuppressant effects which are common to NSAIDs.

Unlike NSAIDs, which typically act by inhibiting the synthesis of prostaglandins, oxaceprol works by reducing the adhesion of leukocytes (white blood cells) to the blood vessel endothelium of the joints, and by preventing leukocytes from infiltrating granulocytes found in arthritic joints [1].

In a 2000 study, a double-blind, randomised, multicentre clinical trial found oxaceprol (400 mg/day) to be equivalent in efficacy to diclofenac (50 mg/daily) or ibuprofen (1200 mg/day) in the treatment of osteoarthritis, with fewer side effects when compared to diclofenac or ibuprofen. [2] [3]

In a 1998 study involving a paralllel-group, open-label, randomized clinical trial, 446 patients with hip or knee osteoarthritis were separated into two treatment groups: one with oxaceprol (200 mg/day) combined with conventional outpatient treatment (including indomethacin and acetaminophen prescriptions), or with conventional treatment alone, for one year. Patients were assessed on a quality of life scale, the treatment group for oxaceprol plus conventional treatment showed a 17% improvement in quality of life assessment compared to conventional treatment alone. Voluntary administration of NSAIDs reduced in the group that received oxaceprol, both in frequency of use (107 treatment days vs 152) and dose taken (15 mg indomethacin daily mean vs 26 mg; 515 mg acetaminophen daily mean vs 567 mg). Other significant benefits were observed as well across various metrics of outpatient assessment. [4]

4(S)-oxaceprol also bears a structural similarity to 4(S)-oxiracetam, in which the 4-hydroxy group is in the same stereoisomeric conformation. Both share the same N-acyl-3(S)-hydroxy-pyrollidine skeletal structure. Additionally, oxacperol shares the same N-acyl-L-proline skeletal backbone with noopept, another nootropic related to the racetam family. However, there is no known research into oxaceprol’s binding affinity to the AMPA or mGlu receptors, so it is not known whether or not it has any similar pharmacology. There is no evidence supporting that it does.

This compound is not for human consumption, and its sale is strictly intended for research purposes only. Available as the free acid/4(S)-hydroxy-L isomer only.