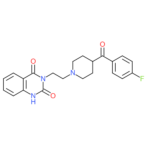 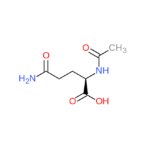 L-theanine primarily forms glutamine and ethylamine as metabolites. The glutamine further metabolizes into glutamate and GABA (a decarboxylation byproduct of glutamate). It has binding affinity primarily for glutaminergic receptors, acting as a kainate and AMPA receptor antagonist, as well as an NMDA agonist. It also binds to the group I mGlu receptors, possibly acting as an agonist. It mimics the pharmacology and neuroprotective effects of DHPG (dihydroxyphenylglycine) in vivo, which is a group I mGlu receptor agonist. It is well absorbed by the body, acting as a bioavailable source for glutamate (which makes it potentially synergistic with oxiracetam, phenylpiracetam and aniracetam).

This compound is NOT for human consumption and is strictly for research purposes ONLY. Available as the hydrochloride salt.