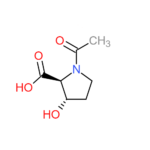 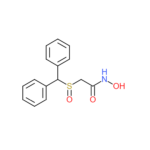 Apigenin, aka 4′,5,7-trihydroxyflavone, is a naturally-occurring phenolic flavone isolated from many natural sources, including chamomille, skullcap, barley, parsley, and others. It is established in vitro to be an NMDA antagonist, and also nanomolar binding affinity for the opioid receptors (as an agonist), with highest affinity at the kappa and mu opioid receptors, and lower affinity at the delta receptors. Apigenin is also a potent inhibitor of various CYP (cytochrome-P450) enzymes in the liver, which are largely responsible for the metabolism of drugs. Therefore, apigenin (when consumed) may have interactions with drugs similar to those seen with grapefruit.

CYP inhibitors may inhibit the metabolism of drugs including opiates, acetaminophen, arylcyclohexylamines, benzodiazepenes, and cannabinoids (such as THC, which is metabolized by CYP enzymes into 11-hydroxy-THC and THC-11-oic acid). CYP inhibitors thereby increase their half-life by preventing their metabolism, in the same way that MAO inhibitors will increase the half-life of drugs typically metabolized by monoamine oxidase enzymes. CYP inhibitors can increase the accumulation of certain drugs in blood-plasma, and increase their overall bioavailability. Depending on their potency, selectivity (which CYP enzymes they inhibit), and reversibility, CYP inhibitors may also increase the toxicity of drugs, exacerbate their side effects, and even lower the LD50 of a drug in patients. The most famous example of this effect is the grapefruit-drug effect, due to the CYP-inhibiting properties of the furanocoumarins in grapefruit.

This compound is NOT intended for human consumption, and is for laboratory reagent or forensic/analytical purposes ONLY. The intent of its sale is agrochemical and other agricultural research.