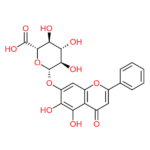 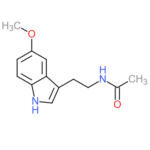 alpha-GPC, aka alpha-glycerylphosphorylcholine, is a naturally occurring alkaloid and a prodrug for choline. It is a metabolic intermediate in the biological production of the neurotransmitter acetylcholine, as well as phosphatidylcholine (which is a phospholipid used by the body in the creation of cellular membranes). It is produced naturally in the human body from choline itself. Alpha-GPC is a bioavailable prodrug and can elevate endogenous levels of choline. Each mole of alpha-GPC metabolizes into equimolar ratios of choline, phosphate, and glycerol.

Placebo controlled, human clinical trials demonstrate alpha-GPC to be effective in alleviating symptoms of cognitive decline in patients with Alzheimer’s disease, cerebral ischemia, vascular dementia, and stroke [3]. Choline (as well as its prodrugs) can reduce the risk of neural tube defects in pregnant women [4] [5], and low-choline diets are associated with pre-eclampsia, premature birth, and low birth weight [1]. In healthy subjects, alpha-GPC (supplemented alongside caffeine) has been shown to improve test scores and reaction times during acute stress [6].

A human clinical trial conducted by MiT professor Richard Wurtman found that choline, in combination with docosahexanoic acid (an omega-3 fatty acid from fish oil) and uridine (a nucleoside from RNA) consistently alleviated symptoms of Alzheimer’s in diagnosed patients [7].

This compound is NOT meant for human consumption whatsoever. Our product is not meant for nutritional supplementation, in vivo or veterinary research, and is provided either for in vitro research or as an analytical/reagent standard ONLY. The research provided above is not meant to endorse consumption of our product, but for educational purposes. Our product is alpha-GPC compounded with 43.5-48.5% dicalcium phosphate dihydrate by mass.